The 2016 BMW i3 is a compact all-electric car — and a whole lot more. Rather than taking a pre-existing car profile, BMW started afresh and approached the concept of an EV (electric vehicle) from a new direction. The bubble-topped sub-compact’s upright stance, blocky side panels, blacked-out hatch door, and curvy snout give it a profile unlike anything else in the BMW’s line-up. The five-door small hatchback uses state of the art construction techniques, including advanced technology in spades, ground-breaking body structure made of super-light carbonfibre reinforced plastic and aluminium, so as to offset the weight of the battery pack mounted beneath the floor. 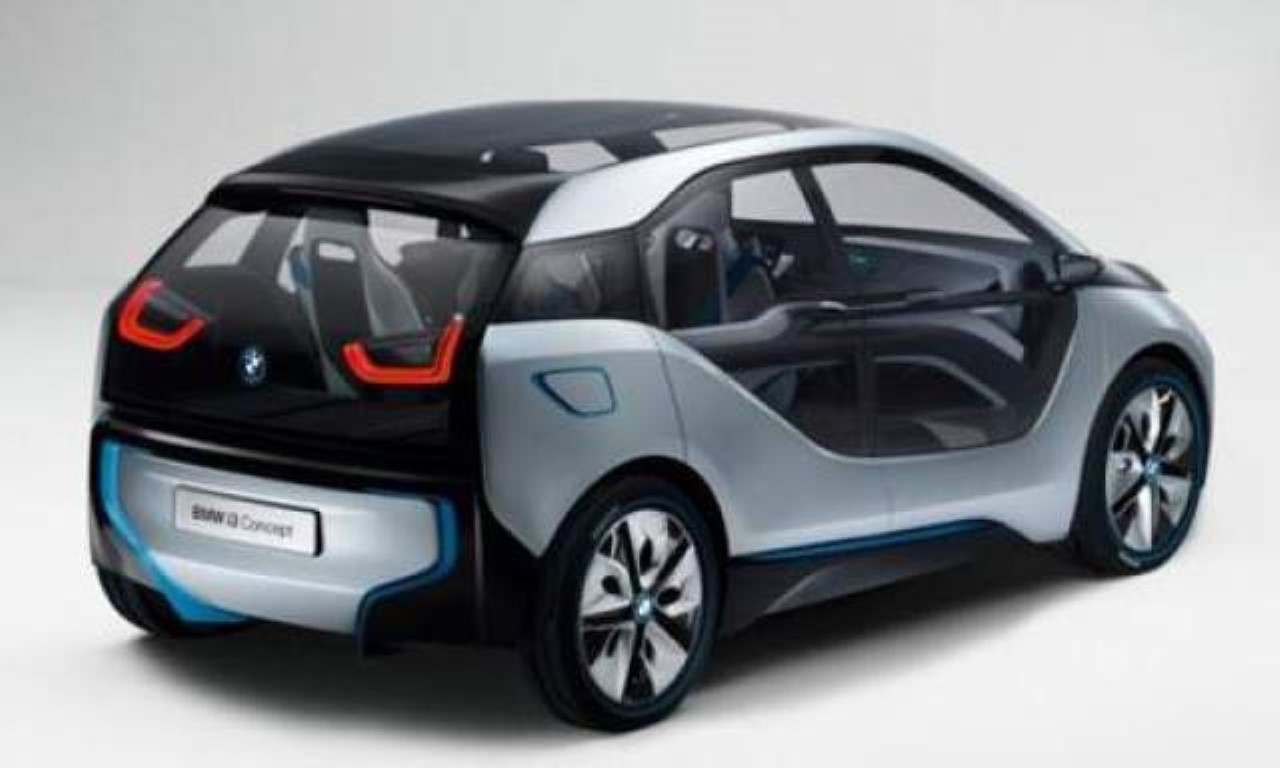 This isn’t a low-slung sports machine designed for empty canyon roads. A high driving position and superb visibility are essential factors in its design. It is a city car, created and intended primarily for short to medium length trips. Range is estimated at up to 81miles per battery charge, though like any EV, the i3 Electric is highly sensitive to changes in driving style, terrain and even ambient temperature. A fully electric powertrain, the 2016 BMW i3 Electric can be ordered with an optional 2-cylinder range extender (REx) gasoline engine derived from a motorcycle engine. The special i3 REx model includes the gasoline generator, stretching overall range to 150 miles. The generator can be somewhat buzzy, however, and its extra weight cuts the range to 72 miles.

The 2016 BMW i3 Electric is unchanged from the previous year. However, although the overall dimensions of the battery are unchanged, cell-capacity has improved from 60Ah-to-94Ah, with an increase in overall energy to-33kWh thanks to the cells’ greater storage density. The i3’s rear mounted electric motor turns-out the equivalent of 168 bhp, which takes it from 0-62 mph in a commendably fast 7.3sec. Thebattery comes with a 8-year (or 100,000 mile) warranty.
DC rapid charge feature is nowstandard. The current 60Ah BMW i3 Electric version will be discontinued as from July 2016.

The i3 brings the concept of 1-pedal driving, its truly distinctive feature. The strong and very aggressive regenerative braking system (up to 50 kW), engages as soon as one lifts their right foot. That permits the i3 hatchback to be driven largely through modulating the accelerator only – touchingthe brake pedal is really only needed when full stopping power is required.
The 2016 BMW i3 Electric is rated as the single most energy efficient EV sold in the United States. The battery model earns a rating of 124 MPGe, which is the highest of any EV tested. (The MPGe, or Mile-Per-Gallon Equivalent unit, measures the distance that a vehicle can cover electrically on thesame amount of energy contained in one gallon of gasoline.)
Cabled, using a standard household 110-volt current outlet, takes you 20 hours to fully recharge the battery. You’re looking at a charge time of about 30 minutes at compatible charging stations with a DC-Fast Charger or 4 hours on a special 240-volt connection.
Apart from some wind noise at high speed, the cabin is rather quiet and motor whine is well-suppressed outside of full acceleration. This car is nippy and its small-turning circle and compact dimensions do make it easy to use the car in crowded cities. However, the tall, ultra-thin, efficiency-focused tires have stiff sidewalls & produce a firm-ride, without the grippy handling expected from any traditional BMW. Though not the car you will take to a slalom course, the i3 is still comfortable to ride in, featuring excellent front-seats and bright, crisp-graphic displays.

The 2016 BMW i3 Electric is a versatile car that offers excellent performance, especially around town, where its instant acceleration response, quick steering, high-tech cabin, tidy handling and exceptional manoeuvrability give the car real appeal. Only the firm ride lets the i3 down from a driving point of view.

The 2016 BMW i3 Electric cradles up to 4 occupants in a lavish and avant-garde cabin. Each is offered in 3 different trim packages: Mega World, Giga World & Tera World sub-trims. There are federal and state credits to purchasing a car powered by alternative fuels, which can offset the retail price. And most cities offer electricity free of charge in free parking areas.